Mahindra and Mahindra are one of the first Indian automotive companies in the world who began with automotive and then ventured their business into other fields. Apart from their utility vehicles and automotive, Mahindra and Mahindra are the largest manufacturers of tractors in the world. They have successfully set up their branches in Korea, US, China, and the UK as well. In the list of brand trust report in India, Mahindra and Mahindra are ranked at 10th positions all over the world. The company has also taken over multiple other companies like Reva electrical car company, Peugeot scooters, kinetic motors company, and Ssangyong motor company. The company along with establishing a stronghold in the utility vehicles category has now also launched many different sizes of vehicles. They have covered the demands of the European market and have increased the export of heir electrical vehicles.

Mahindra has successfully entered the market of two-wheelers, passenger vehicles, commercial vehicles, and even the motorsports. In the segment of passenger vehicles, there’s an excess of 300 dealerships and has marked over 620 touchpoints across the country. Mahindra has their company franchisees located in more than 200 cities with 1300 upcountry showrooms and 900 showrooms in rural areas. Mahindra is a homegrown automaker with a highly diversified aspirational approach. They also are a part of the used car market with Mahindra's first choice. The company has made its mark in the FIA Formula E Championship and World motorcycle racing championship.

Mahindra swears by its ability to understand the needs of the customers. With their styling, fuel efficiency, power, and reliable features, Mahindra has won the trust of a larger audience. To cover the lower segment market of the country, Mahindra Bolero was launched keeping in mind the rural areas and it performed exceptionally well in that category. Another popular product of Mahindra was the Scorpio. In the category of SUVs in the country, none of the cars has been able to beat the power and the comfort of Scorpio for Indian roads. They have also continued to keep their image consistent for SUVs with XUV500, TUV300 and also KUV100. 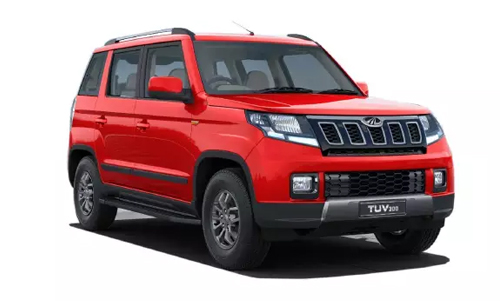